We at Posh Gadgets have just received a leaked picture of the SJ8 4K@60fps Action Camera from SJCAM. While this is not the first 4K@60fps action camera in the World, the SJ8 is poised to support other feature other features that cameras in its class currently don’t. The blog is part leaked info, part speculation. Definitive SJ8 specs are due to be released on the SJCAM site around October 2017.

First off, the SJ8 will be the first action cam to support 4K@60fps camera with dual screens. It will have a large 2.33-inch touchscreen on the back and 0.96″ touch screen on the front. Just like the SJCAM SJ6 Legend has. This is great for when taking selfies or operating camera by remote or app.

Secondly, there is a great possibility that the SJ8 will support GPS. This would probably be external and be and be optional. This would make the SJ8 a premiere action camera that could double down as a top-notch dashcam as well – Best of both Worlds really. Pressing the envelope a bit further, we’d like to see PiP (Picture-in-Picture) added which would allow the SJ8 to have a “slave” back camera when being used as dashcam. This is more of a “Wish” than anything else.

Like other action cams in its category, the SJ8 will support EIS up to 4K@30fps. This is more than enough for action camera usage. Ambarella may or may not add support for the H22 at 4k@60fps at a later date.

The leaked picture is also only a rendering of an early prototype. The 2.33″ screen is the only thing that has been set in stone. This means the button shape, UI design, and even the rubberized plastic housing could be changed by release. Wish #2: Change case to aluminum housing with iPhone-esque matte finish and beveled edges; A throwback to the SJ7 Star.

This wraps up the tentative specs roster for the SJCAM SJ8. The wishlist could go on forever though.

Another unconfirmed matter of business will be the SJ8’s surname. The SJ6 Legend “Recorded Legendary.” The SJ7 Star allowed us to “Reach for the Stars.” SJ8 may be the “Greatest of 2018” or the “Jack or All Trades.” One thing is for certain, SJ8 has a great chance of knocking Gopro off of the King of Action Camera throne.

Depending on how much attention this SJ8 leak blog gets, SJCAM will probably be tuned to it soon. Just in case they may be reading, feel free to list your SJ8 “X” questions, comments, and wishes below. 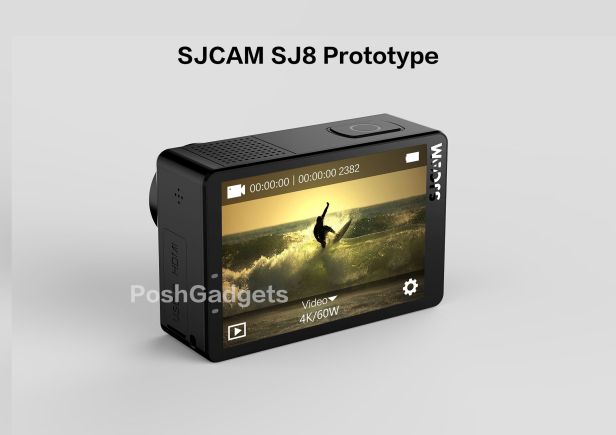 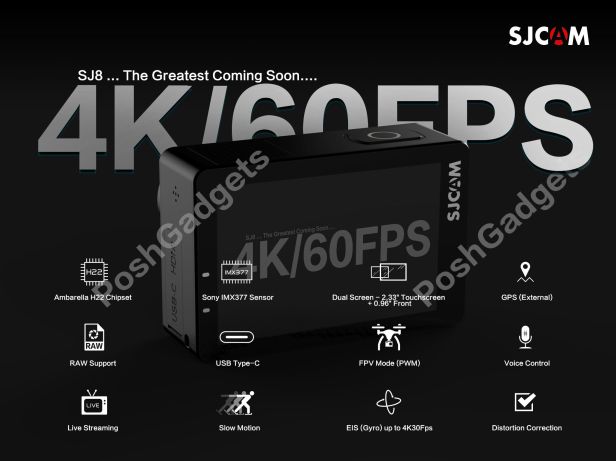